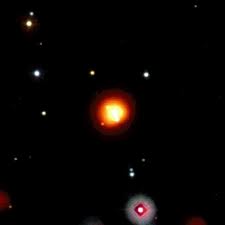 Earth’s Energy Budget out of Balance Despite Low Solar Activity —

The study offers an updated calculation of the Earth’s energy imbalance, the difference between the amount of solar energy absorbed by Earth’s surface and the amount returned to space as heat. The researchers’ calculations show that, despite unusually low solar activity between 2005 and 2010, the planet continued to absorb more energy than it returned to space.

Total solar irradiance—the amount of energy produced by the Sun that reaches the top of each square meter of the Earth’s atmosphere—typically declines by about a tenth of a percent during cyclical lulls in solar activity caused by shifts in the Sun’s magnetic field. Usually solar minimums occur about every eleven years and last a year or so, but the most recent minimum persisted more than two years longer than normal, making it the longest minimum recorded during the satellite era.

“The fact that we still see a positive imbalance despite the prolonged solar minimum isn’t a surprise, given what we’ve learned about the climate system, but it’s worth noting because this provides unequivocal evidence that the Sun is not the dominant driver of global warming,” Hansen said.

According to calculations conducted by Hansen and his colleagues, the 0.58 watt per square meter imbalance implies that carbon dioxide levels need to be reduced to about 350 parts per million to restore the energy budget to equilibrium. The most recent measurements show that carbon dioxide levels are currently 392 parts per million and scientists expect that concentration to continue to rise in the future.

Climate scientists have been refining calculations of the Earth’s energy imbalance for many years, but this newest estimate is an improvement over previous attempts because the scientists had access to better measurements of ocean temperature than researchers have had in the past.

The improved measurements came from free-floating instruments that directly monitor the temperature, pressure and salinity of the upper ocean to a depth of 6,500 feet. The network of instruments, known collectively as Argo, has grown dramatically in recent years since researchers first began deploying the floats a decade ago. Today, more than 3,400 Argo floats actively take measurements and provide data to the public.

CROSS-QUARTER DAY — On the astronomical calendar, February 2 is the date when planet Earth’s orbit takes it to the midpoint between the December Solstice and the March Equinox—here in the Northern Hemisphere, we’re exactly halfway through winter.

But this date is better known, in North America at least, as Groundhog Day.  In American folklore, a small, marmot-like animal called a groundhog is supposed to come out of its hole on February 2 and observe the weather.  If there is sunshine and it sees its shadow, there will be 6 more weeks of winter weather.  The news media likes to do light-hearted features about this, and they usually focus on a particular groundhog in Punxsutawney, Pennsylvania.  This year, they say that this creature (known as “Punxutawney Phil”) did see his shadow, so we evidently have 6 more weeks of winter to look forward to.  (By an odd coincidence, there are exactly 6 weeks until the March Equinox, the first day of spring!)

The groundhog and I seeing

Editor’s Note- Feb. 2 is also known as Brigit or Imbolc, and is an ancient holiday celebrating the return of the light.