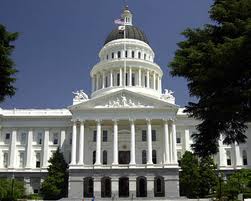 New legislation introduced, SB659, would allow for a two month extension to the Redevelopment Agencies. This legislation is needed to assist local agencies to wind down in an orderly manner after the California Supreme Court upheld SB26 and overturned SB27 causing immediate impact on local government.

“At the Monday [Jan. 23] evening city council meeting it was apparent the uncertainty that exists around implementing SB26 (the elimination of redevelopment agencies) in a few weeks. The devil is in the details and the details are not very clear,” according to  Goran Eriksson, Chair of the Board, “The governor has taken the role of an elephant in a china store”

SB659 will allow for an additional 2 months in closing down the Redevelopment Agency. Upon receiving our letter in support of SB 659, Senator Curran Price responded by telling us that he has signed on as a co-author of the legislation. We look forward to having the Senator continue his support in the face of Governor Brown’s announced opposition, who said it is better to have the funeral earlier than later.

“The elimination of the Culver City Redevelopment Agency by the state is a short cited money grab by Sacramento that will limit local economic development and local control over our city’s future,” stated Steven Rose, President of the Chamber. “We look forward to joining our local government in working to bring an effective economic plan to our vibrant city.”

The effects of this legislation are a reduction of a large number of employees from the agency/city staffs. “The muscle of the city workforce and the services it provides is being hit hard by Sacramento, the people of Culver City need to ask Sacramento to correct the property tax distribution since Culver City will receive a lot smaller portion of the local property tax compared to our neighboring cities,” stated Eriksson.

About Culver City Chamber of Commerce
The Culver City Chamber of Commerce is in business to support business. We are committed to strengthening the community by assisting business in achieving their full business potential. We are a voluntary, action-oriented organization of businesses and professionals working together to promote the commercial and economic growth of Culver City, and to foster civic improvements that benefit the general welfare of those who live, work and visit here. We advocate on behalf of over 700 local businesses.