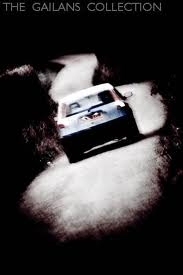 Crime Blotter for January 3rd to January 9th.
Commercial Robbery:
On January 3, 2012 at 7:13 pm, officers responded to the 8600 block of Washington Boulevard regarding a robbery investigation. The officers arrived and met with victim who told them the following; at 7:10 pm, the suspect entered the location and walked up to the counter. The suspect then simulated a handgun and demanded all the money from the cash register. The victim fearing for his safety gave the suspect all the currency. The suspect then fled the location. The suspect was described as a male Hispanic, 40-45 years of age, and 5’5 to 5’7, 150-160 lbs, and medium length hair.
Assault:
On January 4, 2012 at 11:10 am officers responded to the 3900 block of Lenawee Avenue regarding a battery investigation. The officer met with the victim who told him the following; she at 9:00 am, she got into an argument with her friend and he struck her several times with a closed fist. The victim was able to leave the location.
Car Burglary:
On January 4, 2012 at 8:00 pm, a victim came to the police department to report her 2002 Toyota had been burglarized. The victim said she parked and locker her vehicle in the 9300 block of Jefferson Boulevard at 6:05 pm and when she returned at 6:40 pm discovered her passenger side front window was shattered. She checked the interior and discovered her property was missing.

Stolen Vehicle:
On January 4, 2012 at 10:40 pm, officers responded to the 4300 block of Berryman Avenue regarding a stolen car investigation. The officers met with the victim who told them the following; he was attempting to sell his 2004 Toyota and met a potential buyer for a test drive. The suspect and victim drove the vehicle and the suspect stopped to and wanted to look at the engine. The victim got out of his car the suspect drove off. The suspect was described as a male Hispanic, 6’1-6”2, short hair, and wearing jeans.

Commercial Burglary:
On January 7, 2012 at 8:45 am, officers responded to the 11300 block of Washington Boulevard regarding a burglary investigation; the officers met with the victim who told them the following; he secured his business the night before and when he arrived at 8:00 am he discovered some of his merchandize missing. He then discovered that the suspect(s) entered the location by removing a piece of plywood.