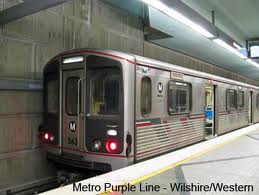 Metro will expand the operation of test trains along the Metro Expo Line corridor beginning Sunday, Dec. 4, running trains on a schedule of every 12 minutes during the day to simulate regular mid-day service on the line once the system opens in early 2012.

According to The Source, ​the additional train testing is needed along the entire line in an effort to test the operation of the trains and all train and signal systems for the Metro Expo Line. No date has been set for the opening of the line. Metro will select an opening date for the public once all systems and trains are thoroughly tested and operated.

​Due to the increase frequency of trains traveling along the entire Metro Expo Line corridor, Metro is reminding the public to be alert and stay updated on rail safety tips.

​The Transit Safety portion of Metro’s website reminds pedestrians and motorists to pay attention to signs around the tracks and at intersections, in particular the “keep clear” and “wait here” signs painted on streets and sidewalks. In addition, the public needs to watch for the flashing “train” signals, listen for bells, and obey all traffic signals and lowered crossings gates.

​As testing accelerates in the coming weeks, the public will notice more and more trains operating along the line including testing of trains at night and along the portion of the line that shares tracks with the Metro Blue Line, serving the Pico Station and the 7th Street/Metro Center Station in downtown Los Angeles. Depending on the time of day or night, test trains could be operating every six to 12 minutes.

​As a safety precaution, Metro will have rail safety ambassadors placed at various intersections along the Metro Expo Line to educate the public about the service and how to safely navigate around the system. The rail safety ambassadors are all retired Metro bus and rail operators that are fully trained in safety rules and regulations so they can assist at crossings, observe situations that may occur and report back to Metro Rail staff.

​Additionally, beginning back in April 2010, all schools within a 1.5-mile radius of the line began receiving safety presentations by Metro community relations staff members with safety posters being distributed to schools including the University of Southern California, Mount St. Mary’s College and LA Trade Technical College. Safety presentations also have taken place at libraries, community centers and senior centers in the area.

​Metro relies on the community as partners to make rail safety a priority. Metro reminds all pedestrians and motorists to remember that before crossing any set of railroad tracks, “look, listen and live.”

​Phase I of the Metro Expo Line is a new $932 million, 8.6-mile light rail line under construction from downtown Los Angeles to Culver City. It will have 12 stations with two stations shared with the Metro Blue Line. The new light rail line will serve USC, Exposition Park, The Mid-City communities, the Crenshaw District and Culver City.

​Phase II of the Metro Expo Line, a $1.5 billion 6.6-mile extension from Culver City to Santa Monica, is funded under the Measure R half-cent sale tax initiative approved by the voters in 2008. Phase II will have seven stations serving West Los Angeles/Santa Monica and is expected to be completed in 2015.

​Both Phase I and II of the Metro Expo Line are being built by the Expo Construction Authority. Once completed, they are turned over to Metro to operate. For more information about the new Metro Expo Line, visit metro.net/expo or buildexpo.org.