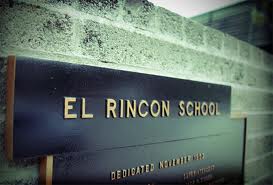 “They are accusing me of taking money,” Cheri Noda spoke in a tone of tearful exhaustion, “and I want you to know that I would never do such a thing.” The former treasurer of the El Rincon PTA has been under suspicion of mishandling funds, and is currently under investigation by the Culver City Police. At the heart of the investigation is $8,000 missing from the bank deposit from a fundraiser that grossed $26,000.

“I turned myself in to the police yesterday. I have nothing to hide.”

In an hour-long conversation, Cheri gave Culver City Crossroads her side of the story.

“When I stepped into the shoes of the treasurer at the El Rincon PTA, it was halfway through the last school year and I was taking over for someone who said they were moving. Her checks were not done the way they were supposed to have been done. Her paperwork was a mess.”

“I inherited 12 boxes of accounting that [someone else] had not even done, and all the forms that were missing from that lot, all the papers that were not in the right order, it took me months to get all that organized.

“No one seemed to care that the finances were in such a mess. And I did. I cared. I took a lot of time and trouble to get it all done. Now I’m being accused of taking the money. I turned myself in to the Culver City Police Department yesterday [Nov. 15]. I have nothing to hide.”

“I spent two hours being interviewed by Detective Raya , who spoke to me as if I were a terrible person, and I’m not. All I did was volunteer and now I’m being blamed.”

‘The reason I left the school [El Rincon] wasn’t because of the PTA, it was because of my son.”

“This is when they started asking me for all the forms and boxes and stuff. People think that I was leaving because of the missing money, that’s not it at all.”

Returning to the subject of the missing funds, Noda continued, “When we accounted for our fundraiser, the Pacific fundraiser, the one with the cookie dough, I was one of four people counting the money. Let me tell you, that took almost four days of adding up cash and checks and money orders – it was a lot of work.”

“On that Friday we had $26,000 in cash, and checks and money orders and all that went into the deposit bag. [El Rincon Principal Reginald] Brunson said he was going to put it in the closet, and we wrote that down. I thought we should have put it into the safe, but he thought having it in the closet was fine, and we all signed off on it.”

“Then I went to the bank, and they have pictures of me going to the bank. This $8,000 was on the deposit, but I did not recheck that money bag on Monday.”

“I told the police, I have nothing to hide, come to my house. The police said we have a search warrant . I asked them please to not scare my kids. The police turned my house upside down, they trashed this place, and of course they did not find anything- there’s nothing to find.”

“Let me tell you, we are wealthy people. My husband and my mother-in-law just sold a building that they owned. I would never steal from anybody, and I would never dream of stealing from children.”

“I went to the detective and said I’m not even going to hire a lawyer, because I didn’t do anything wrong. I gave them the password to my email, they already have the keys to my house. I have nothing to hide.”

While the matter is still under investigation by the CCPD, it will be up to the Los Angeles County District Attorney’s office to decide if there is a sufficient cause to prosecute.