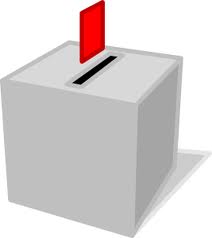 There is something about watching the autumn rain fall that fills me with peace. While my Sunday nap is interrupted by another robo-call every 15 minutes, I recall Tuesday is Election Day and the feeling of peace I will have on Wednesday will be even better than that.

It’s going to be a very close race, and while the top three candidates have each put out their best, the bottom two have offered only mistrust, suspicion, and the repetition of misinformation. They are only there to stir up mud. The fact that it’s the very same mud we were given two years ago ought to make it boring, but instead I am filled with awe. Bottom feeders can be remarkable specimens.

Abrams pointed this out at the PTA/LWV forum, when he offered that he “wanted to meet Mr. Rodgers, that guy who beat me in the last election.” He could not even be bothered to learn his opponent’s actual name. At that same forum, Abrams confessed that he could not read the district budget, and then proclaimed it to be full of lies. If you can’t read it, how do you know? It could be full of erotic Lebanese poetry or recipes for a savory pie crust. To say that you don’t understand something and then condemn it is simply to offer your own ignorance.

At the Ask2Know Kids Forum, Abrams completely stunned me by saying that the historical choice for a speaker for the students would be Malcom X. No one could be a bigger example of everything that Abrams is not. I am a huge fan of Malcom in part because he was a man who realized he was ignorant, and he educated himself. All of his success as a speaker and a public figure was because of the time he spent readying and studying. He could have spent his jail time as a hustler instead of an auto-didactic; rather than spend time, he invested it.  Self-education transformed him from a frustrated crook into a cultural leader. We are all the richer for his choice.

So I would ask the Mr. Abrams spend the next two years – if he is planning to run for office again – studying. Learn to read a budget, learn the correct names of the other people in the race, and have something more to offer other than the suspicion that the people in office are not doing what you think they should do.

Or please just sit the next one out.

The other bottom feeder- Robert Zirgulis, seems to be someone who simply refuses to learn. Using the same tactics he has used to lose both the last school board race and the last city council race, Zirgulis is all about smear tactics, finger pointing and catching a ride on someone else’s complaints. His inexplicable love of oil companies hit a new gusher on this round trying to discredit the current school board for not taking an offer from Chevron to put up solar panels, without ever broadcasting the fact that deal would have brought profits only to Chevron, and not to CCUSD. Every major point in Zirgulis’ platform is based on a similar omission.

At the PTA/LWV forum, Zirgulis once again brought up his family’s suffering at the hands of the Third Reich, as he has in every election cycle, but then couldn’t find a reason to support teaching children about sexual orientation and discrimination. Doesn’t prejudice kill people? Does teaching diversity somehow mean we should be tolerant of some kinds of prejudice? That doesn’t fit any logical formula I know.

The great shaming of lawyers in this race brings to mind the famous Shakespeare quote “The first thing we do, let’s kill all the lawyers.” (That’s from Henry VI, Act IV, Scene II- there’s my auto-didactic extra credit for the day. Will Power, baby!) It was such a popular joke a few years ago it wasn’t hard to find someone wearing it on a t-shirt. What most don’t realize is that the character who speaks those words (whose name really is Dick) is a bottom-feeder, a petty thief turned politician, looking to find more ways to get himself dishonestly ahead.

It’s going to be a very close race for the top three. They have great credentials, huge community support, and lots to offer. The nail biter may come down to how many votes are wasted on Abrams and Zirgulis, neither of whom is in any way prepared to work on a team, to create policy or to address the needs of the students.

As I have published previously about all three front runners, I don’t need to add any of that in here. Every concerned voter in Culver City already has their ballot marked- probably many have already mailed them in.

In favor of Mr. Abrams and Mr. Zirgulis, I do have to say that anyone who is willing to put in the time and effort to run for office has enough candlepower to shed some light on something. So, go find a volunteer slot somewhere (Mr. Abrams, I know you have won awards for this – keep on keepin’ on- ) and offer your energy to make a difference in the world. Come up from the mud into the next level of evolution and put your efforts into something that will be helpful. You may find yourself filled, not just with a feeling of connection and accomplishment, but a sense of peace.