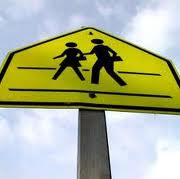 More than one year ago, CCUSD embarked on a plan to implement several capital projects in order to take advantage of a modernization grant that was available through the State Department of Education. That grant would provide a significant percentage of the funding for eligible projects as long as CCUSD contributed the remaining portion required to complete the project. This grant can be used only as matching funds for projects involving structural improvements and modernization of existing facilities.

The following are some facts about CCUSD’s proposed capital projects:

The Board of Education directed CCUSD staff to move forward on three major projects (installation of new elevators, athletic field renovations and renovations to Robert Frost Auditorium) in January, 2011. Shortly thereafter, the Board directed staff to include a fourth project that would install rooftop solar panels at the Office of Child Development, Farragut Elementary School, CCMS and CCHS.
Pulling from a variety of funding sources, CCUSD currently has slightly more than $12 million available for capital projects throughout the district.
Importantly, upgrading the athletic field to ADA compliance will help us leverage modernization funding from the State. While the solar project, however, is likely eligible for a 50-50 matching grant through the Air Quality Management District (AQMD).
From the beginning, CCUSD has been focused on leveraging the available grant funds in the most advantageous way possible and working to make the improvements that serve the most students. In order to most effectively utilize the grant opportunities and not exceed the $12 million available in District funding, CCUSD has developed the budget shown here for its proposed capital projects.
The CCMS and CCHS campuses currently hold legal, non-conforming status with regard to ADA requirements to provide handicap access to second-floor classroom space. This requires installation of elevators at the Middle and High Schools.
The current condition of the athletic fields raise some serious health and safety concerns for those who use it. The Board of Education evaluated several potential options to upgrade the field and gave direction to move forward with the following upgrades: synthetic grass field, synthetic track, new bleachers, new scoreboard, restroom/concession building, storage building, new parking lot, relocate softball field, and solar car ports.
The Board approved the filing of an application to reserve for the California Solar Initiative rebate.
The Board has allocated $2 million for renovations at Robert Frost to replace current audience seating, acoustics, sound reinforcement, LED lighting fixtures, stage drapery, air conditioning, flooring, dressing room, and interior and exterior outlook.

We will continue to explore funding options at the state and local level since many of our facilities are utilized by elementary, middle and high school students, as well as the community at large.

For more information on CCUSD’s capital improvement projects, go to