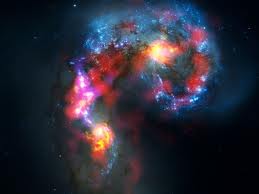 Humanity’s most complex ground-based astronomy observatory, the Atacama Large Millimeter/submillimeter Array (ALMA), has officially opened for astronomers at its 16,500-foot high desert plateau in northern Chile. Thousands of scientists from around the world are competing to be the first few researchers to explore some of the darkest, coldest, farthest, and most hidden secrets of the cosmos with this new astronomical tool.

“We went to one of the most extreme locations on Earth to build the world’s largest array of millimeter/sub-millimeter telescopes having a level of technical sophistication that was merely a dream only a decade ago,” said Dr. Mark McKinnon, North American ALMA Project Manager at the National Radio Astronomy Observatory (NRAO) in Charlottesville, Virginia. “And, now, here we are at the start of ALMA Early Science. We made the impossible possible. This truly is a great occasion!”

For the start of the “Early Science” phase of operations, around one third of ALMA’s eventual 66 radio telescopes will make up the growing array, with two-thirds of those delivered by NRAO. Even while still under construction, ALMA has become the best telescope of its kind—a fact that was apparently well known to the astronomers who requested to observe with it.

Considering the limited number of hours allocated to this first phase of science, ALMA could only take about a hundred projects. “It was absolutely tremendous to receive more than nine hundred project proposals from astronomers from throughout the world wanting to use ALMA in this first ever science period!” said Dr. Lewis Ball, ALMA Deputy Director and NRAO’s ALMA Chief of Staff. “That represents a level of demand which is unprecedented across any ground-based or space telescope.” The successful projects were chosen based on their scientific value, their regional diversity, and also their relevance to ALMA’s major science goals.

“The ‘M’ in ALMA stands for ‘millimeter/submillimeter’ waves, because ALMA views the Universe in these long wavelengths of light, much longer than the optical light we see with our eyes,” said Dr. Alison Peck, an NRAO astronomer serving as ALMA Deputy Project Scientist during construction. “With millimeter and submillimeter waves, we can watch planet formation, investigate astrochemistry, and detect the light that is finally reaching us from the Universe’s earliest galaxies. ALMA’s first projects will flex the telescope’s capabilities in all of these fields and many, many more.”

The millimeter/submillimeter waveband lies between the far-infrared and microwave portions of the electromagnetic spectrum—at the border between light waves and radio waves. The term usually refers to wavelengths between a few hundred micrometers and a millimeter.

During its Early Science observations, ALMA will continue its construction phase in the Chilean Andes, high on the remote Chajnantor Plain in the harsh Atacama Desert. Each new, climate-armored telescope will join the array and be linked via fiber optic cabling. The views from each distant telescope are assembled into one large view by one of the world’s fastest, special-purpose supercomputers, the ALMA Correlator. Designed and built by the NRAO Technology Center in Charlottesville, Virginia, the ALMA Correlator performs 17 quadrillion operations per second.

By 2013, ALMA will be an 11-mile-wide array of 66 ultra-precision millimeter/submillimeter wave radio telescopes, built by ALMA’s multinational partners in North America, East Asia, and Europe, working together as one.

You can contact Bob Eklund at [email protected], or visit his websites at www.bobeklund.com and firststarbook.com.
.