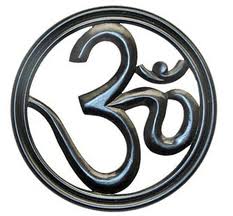 Then, let it out through your nose. One more time, fill your belly, fill your chest and when you have filled yourself with all the breath you can, let it out slowly. Starting to feel a bit more calm? Keep breathing.

The last time the stock market was doing the mambo and all the financial news shifted into a tone of hysteria, I was sitting on the edge of my seat. Not that I have a stock portfolio, I’m just very susceptible to the zeitgeist. In 2008, I had just started my youngest into kindergarten, and was looking for full time work. Then we had this weird economic freak out, and no one was hiring anyone to do anything. I was all dressed up with no place to go.

I listened to “Marketplace” on the radio, mostly for David Brancaccio’s dry wit and sense of proportion. Every day for months  I waited for the Dow Jones numbers like a fisherman waiting for the tide to come in, trying to find a moment to cast my net. I sent out hundreds of resumes, and went to only a handful of interviews. I kept my part time job teaching yoga. While the media were filled with huge fears, the world around me seemed to be holding its breath, waiting, I felt I had enough courage to get through it, whatever “it” was. Still, the constant breathless panic in every newscast and every headline was hard to see past.

This time I just can’t get into that sense of dread. Whatever we have to deal with, whatever political insanity we have to stomach, whatever ridiculous non-solution becomes the next finger in the dike, it will have to do. I’m not into the panic this time around.

My parents were raised in the Great Depression, my dad in somewhat insulated wealth, and my mother in far more difficulty. The idea that the only thing we had to fear was fear itself seemed like the great, unlearned lesson of their lives. While the financial roilings of 2008 did change the ownership of the banks I use, it didn’t spell the end of civilization. I have learned a lot about my own fears, and how to tame them. Breathing is good.

One of the things that gets people to yoga is stress. People seek out yoga classes just for this reason, and I recall how crowded the YMCA classes got in 2008. Students would come in with facial expressions that betrayed unbearable anxiety, and leave with easy smiles. All the breathing (you are still breathing, aren’t you?) does some very nice things for your brain.

Here we are, a few years downstream, and the Dow Jones is doing the dance.  While we drop into another zone of financial fluidity, and y’know, fear, know that we will get through it. Whatever happens, things will be different tomorrow. Might be easier, might be harder, but they will be different.  Just keep breathing.