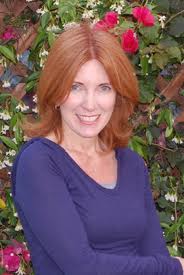 Educator, parent and nine-year PTA activist Laura Chardiet kicked off her campaign for the November Board of Education elections on Sunday, July 24, at the home of Culver City Council Member Scott Malsin. A large group of community activists gathered to hear her opening pitch, including former Board of Education Members Madeline Erlich, Dana Russell, and Jessica Beagle-Roos, current board members Scott Zeidman and Kathy Paspalis, and Malsin’s City Council colleague Jeff Cooper. A number of the local-celebrity attendees also attended Zeidman’s kickoff event the previous day.

Chardiet was introduced first by Malsin, then by her son, incoming CCHS student Cole Chardiet, and daughter, incoming CCMS student Isabella Chardiet, both alumni of La Ballona Elementary. When candidate Chardiet finished, Paspalis gave the wrap-up, offering to convert a giant, homegrown zucchini into her special chocolate zucchini cake or zucchini bread for the supporter who wrote the largest campaign check that day. (Winner of the baked goods was Robert Gray, a long-time parent activist often involved with the district.)

When she took the floor, Chardiet, an ESL and adult literacy specialist with 10 years of classroom experience, greeted the audience briefly in Spanish before beginning to tell her story in English. Most of her remarks focused on the diversity of her experience in education, as a parent, teacher and PTA member, and her general, all-around financial resourcefulness. She recalled that her siblings dubbed her “Laura Make Do,” because as the fifth of six children of a San Diego teacher and a homemaker, she demonstrated a talent for “making things happen with nothing.”

Next, Chardiet “fast-forwarded” to her current job as the administrator of a $15 million adult-literacy grant for LAUSD, a program whose funding she claims increased by nearly $2 million during her tenure because of successful student outcomes.

As a final example of her knack for scaring up seemingly unavailable funds, Chardiet recalled the pessimism that she encountered when she and a LAUSD team went to Washington, DC to lobby for earmarked funds. “People told us, ‘You are never going to get any money out of Washington, DC because nobody wants to give away any earmarks. Well, my team [and I] were able to get a million dollars for career and technical education for LA Unified. That is what I do,” she announced triumphantly.

“So when people ask me, ‘Why are you running for the school board right now? There’s all these terrible cuts coming down the pike,’ I think, ‘What’s new? How is this any different from anything I’ve ever done in my life? This is what I’m good at!”

To date, Chardiet has garnered the endorsements of four sitting and two former city council members, Paspalis, three former school board members and former Culver City Treasurer Crystal Alexander. Yet she still worries about her name recognition among the Culver City electorate. Running against just-retired teacher Nancy Goldberg, a 42-year CCUSD veteran, and current Board President Zeidman, she’s concerned that voters will go for the candidates they already know over the newcomer, regardless of how her qualifications compare.

“What I encourage voters to do is to really get to know their candidates, and who they are and what skills sets those candidates can bring to the table,” says Chardiet. “I think because of the diversity of my skill set, that I am the best candidate.”