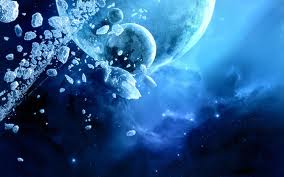 Looking for a cutting-edge science project for your youngster? Here’s one that will help the space effort as well as educate—and it doesn’t require anything but a computer.

A team from Southern Illinois University in Edwardsville has developed the website IceHunters: www.icehunters.org which challenges the public to discover potential destinations for a NASA mission to the very edge of the solar system.

“I think it’s a great idea,” said Yanga Fernandez, a University of Central Florida physics assistant professor and comet expert. “Actually that’s kind of how I started. When I was 10 years old, I used to search the sky for interesting objects with my dad. And in high school I worked hard to find Halley’s Comet, which wasn’t easy in suburban Florida. I learned a lot of astronomy along the way.”

Today Fernandez holds a Ph.D. degree in astronomy and is among the world’s experts on comets. He is part of an international team that recently published two articles about comets visited by spacecraft. The articles appear in recent issues of Icarus (http://www.sciencedirect.com/science/article/pii/S0019103511000078) and The Astrophysical Journal (http://iopscience.iop.org/2041-8205/734/1/L1/).

Fernandez said the IceHunters challenge will not only excite people about space exploration, but it will also give scientists potentially hundreds of extra eyes.

“Up to now, what we know about comets is based on comets of opportunity,” Fernandez said. “There are several comets like Halley that people can probably name. We know quite a bit about them because they have come close enough to earth or are bright enough for us to take a pretty good look. But we don’t know much about the vast majority of comets out there because they are so far away.”

For the contest, dozens of images from the Kuiper Belt—an area beyond Neptune at the outer edges of the solar system—have been taken by powerful telescopes and posted on the website. Participants are invited to view the images and mark potential targets of interest.

Guidelines and a brief tutorial will help volunteers interpret what to look for in the images. The site is called IceHunters because objects far from the Sun should be cold and icy.

But this isn’t simply an academic exercise. The New Horizons mission that launched from the Kennedy Space Center in 2006 is on its way to the outer solar system. The spacecraft flew past Jupiter in 2007, giving scientists a wealth of new data. It is scheduled to rendezvous with Pluto in 2015.

If the right object or objects can be found—anything from comets to asteroids to other unknowns—the spacecraft will take images and other measurements and beam them back to Earth for study. After the rendezvous, scientists believe the spacecraft will have just enough fuel to head deeper into the Kuiper Belt.

For Fernandez, the challenge recalls that spark in his childhood that led to a lifelong career.

“Most of us start out as amateur astronomers whether it’s in our backyards with a pair of binoculars or on a balcony with a low-powered telescope,” he said. “This is just a way to take advantage of all the passion and interest and, hopefully, inspire the next generation of space explorers.”