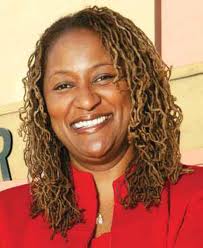 It has been roughly 100 days since I took the oath of office to represent the 47th Assembly District. During that time, I have remained humbled by the trust that you have placed in me to work on your behalf.

When you sent me to Sacramento, I pledged that I would always keep the lines of communication open – and I meant it. I believe it is crucial for you to know the challenges we are facing, how we intend to meet them, and how we can work together for the future of our children and families. This Special Report is one of the many things I will do to stay connected to you and engage you in the work I do on your behalf. I want to share with you how far we have come, and what lies ahead.
After taking my oath in December, I immediately set to work on the state budget. The Governor called a special session to tackle the $26 billion deficit, and my colleagues and I were asked to work to find ways to balance the state budget.

As chair of Budget Subcommittee on Health and Human Services, I chaired 7 hearings from January 25th to February 3rd, where more than 1,000 people testified and we received thousands of letters and faxes from all over California – both workers and recipients, both the able-bodied who need help with their families and those who depend upon the state for care and mobility.

On February 28th, I sent a letter signed by forty members of the California Legislative Women’s Caucus and the Legislature thanking Senators Boxer and Feinstein for their support of continued funding for child care and Head Start programs. I presented the letter to the Legislative Women’s Caucus with support from Assemblywoman Bonilla, a fellow Budget Subcommittee chair.

During the first phase of the budget season, I was honored to be asked to share my thoughts with parents, seniors, children and youth as they came to Sacramento to advocate for a balanced approach. I was inspired every time I went back to my roots as an advocate. Among those to whom I spoke were California Youth Connection representing Foster Youth, Parent Voices and Community Voices parents and child care providers; the California Resource and Referral Network, Child Care and preschool advocates at their Water Cooler Conference; and advocates from over a hundred state and local health and human services programs on a Conference call of the HHS Network advocates.

In March, I was willing to vote yes on the Budget Package. The $12.5 billion dollars in reductions included $6 billion in cuts to health and human services, and another $500 million in cuts to child care programs. We passed the Budget Bill and Trailer Bills outlining changes to Health and Human Services programs in Mid-March.

On May 4th and 11th, the Health and Human Services Budget Sub-committee that I chair held 2 hearings, in preparation for actions after the May Revise. Over fifty people attended these hearings on proposed best practices as the Department of Developmental services considers reforms and budget reductions.

I have hosted hundreds of constituents in my Capitol office and my Capitol staff has met with several hundred more to discuss our budget crisis. I have been able to take action on behalf of our state and district in numerous instances even while dealing with the overall budget crisis. I greatly value the chance to share ideas because I can’t do this work alone. I need you to tell me it is okay to lose a battle or to be wrong sometimes, but it will never be okay to sell out, neglect or abandon those most in need.