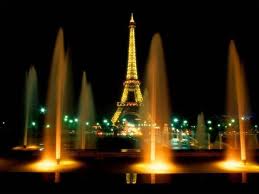 What happened? Did I just get swept away into a magical journey by Woody Allen?

Countless artist have devoted various art forms to the love of Paris, but with his usual cynicism scaled back to near nonexistence, I enjoyed Paris through new eyes. It’s a delicious fantasy, and I bet you will find it every bit as delectable as I did.

Marion Cotillard is completely intriguing. She has such a magnetism that you want to jump head first into her presence like a diver in the ocean. I don’t know how anyone could avoid falling in love with her.

Carla Bruni was stellar in a small but interesting role.

Adrien Brody completely killed me. I could not stop laughing. He wasn’t even saying anything particularly funny; it just did it for me.

Owen Wilson is loosely playing Woody Allen, but with a newer and refreshing charm and is one of Wilson’s best roles yet.

I liked Whatever Works, where Larry David basically plays Woody Allen which felt like an homage to Woody Allen by Woody Allen. Midnight in Paris is a little less obvious, and definitely more palatable to those who may not be hardcore Woody Allen fans like I am.

But more than anything, you’ll fall in love with Paris and be swept away with the beauty of the city. The city of Paris and all of its loveliness doesn’t need to be dressed up. Woody Allen just shows it to you, and you can feel the electricity.

It’s basically an artist’s wet dream. I say this, without wanting to spoil the decadently indulgent twists and surprises this wild ride will be for you, especially if you are a writer or aspiring writer. Get Lost with the Lost Generation and see where you turn up .

Go see it. Right now would be good.

Orchid Cameron has a B.A. in Theater from Loyola Marymount University, where she excelled as a director and playwright.  She directs plays in Los Angeles and New York. An avid film geek, she specializes in foreign and independent cinema. She resides in Los Angeles with her saucy husband and fierce daughter. Culver City Crossroads is happy to have her back as a film reviewer.