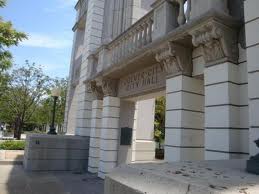 The Monday evening council meeting was a crowded house with Ms. Gilbert-Rolf’s government class from Culver City High school filling many seats and taking notes, as well as the extended O’Leary clan and many previous members of council waiting for the mayoral rotation that was the single item on the agenda. The night should have given the students a good basic understanding of how the council works, and what it’s all about. Neighbors complained, council members listened and gave direction to staff, and a new mayor was appointed, all with gracious ease.

The only item on the agenda was the changing of the mayoral guard, but the items not on the agenda brought forth enough speaker cards to show Culver City at it’s finest.

Motor Avenue resident Lyndon Stambler was the first of many neighbors to speak about a sudden unwelcome addition to the neighborhood, a second story added on to an oversized garage at 4213 Vinton Ave.

Stambler noted a sudden rush of construction at the end of March, making his back yard into a dark box, and told of speaking with both the city planning department and the Redevelopment Agency. The offending neighbor seems to have rushed the project through, the process and while it was deemed to be compatible with code, it was not at all compatible with the immediate neighbors.

Burt Bochner complained that it was no longer possible to use his jaccuzzi in the nude, and Elaine Courtney offered that while she did wear a suit in her hot tub, “The main issue is that they took away our privacy.”

Terry Silberman was effusive about her love of Carlson Park, but emphasizing that “all the surrounding houses are single story, one-family dwellings, and this obviously violates the zoning.”

In his last hour as mayor, Chris Armenta used his diplomatic tone to offer help directing staff to look for a means to assist the neighbors with the situation. Council member Andy Weissman noted that “When something dramatically changes the character of the neighborhood, this is an intrusive bit of construction.”

Shifting gears into the mayoral rotation, city staffer Shelley Wolfberg played a slide show highlighting Armenta’s year as mayor, citing events like the car show, the summer concert series and the holiday tree lighting. Meghan Sahli-Wells spoke at the podium about how much she had appreciated Armenta’s diplomacy and congratulated him on his term.

After a short procedural shuffle raised by Weissman in regard to the correct candidate for vice mayor, O’Leary was affirmed as mayor, and Scott Malsin as vice mayor.

O’Leary seemed almost overwhelmed by the occasion. As someone who ran for office several years ago saying “it would be cool to be the mayor of Culver City” he seemed anything but cool as he accepted the position.

O’Leary spoke in an almost bashful tone, saying “The position of mayor has been confusing for me. I looked at it as the role of sitting in the center seat, and I have sat here as the chair of redevelopment. I looked at the transition a little too lightly.”

He continued ,“As this day came closer I began to understand the importance of this position to the people of Culver City, and I look at it differently. Now I understand that as mayor I will be speaking as the voice of the city. When I speak from this place, it will not be my opinion, but my position as the mayor, as the representative of those who have put their trust in me.”

If the students had a quiz today in school, it might be on building code, permit processes, council procedure, or even how accomplishment can lead to humility. They got to learn something about each of those at the chambers last night.

On Thursday, April 21 at one of the last afternoons of the Radisson Hotel, Mayor Chris Armenta spoke to a crowd of hundreds who turned out for this final bow, and the state of the …[READ MORE]

Crossroads is celebrating Women’s History Month by interviewing some of our most notable political females; the former mayors of Culver City. In a video presentation, Jozelle Smith, in her own words-