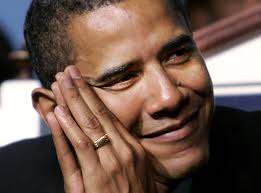 If you didn’t get the phone call yesterday from CCUSD School Superintendent Patti Jaffe, we will remind you that school will be at the usual hours. Los Angeles city council member Bill Rosendahl would like to ask everyone to stay home today.  What’s the big deal ?

President Obama will arrive at Los Angeles International Airport at 2:45 p.m. He will spend some time at a fundraiser at the Sony Pictures lot in Culver City. According to the LA Times, he is scheduled to dine at the Tavern restaurant in Brentwood. (Not going to eat in Culver City ? Well, it’s probably just one of those scheduling things, but Prez,  you are going to miss out on so much great food…) It’s unclear where he will spend the night, but the president is scheduled to depart from LAX about 9 a.m. Friday, at the heart of the morning commute. So, make plans, wear sneakers, ride a bike, take the bus, or listen to Bill and just stay home.

Obama’s visit to L.A. last summer closed numerous streets from downtown L.A. through the Westside, turning 45-minute commutes into three-hour ordeals. In his next visit in the fall he used a helicopter for some stops, and the traffic situation improved. The itinerary as posted –

“Every effort is being made to minimize the impact to the residential communities and businesses affected by the president’s visit,” the Los Angeles Police Department said in a statement. “Although it is not always possible to provide advanced information regarding the specific routes of travel involving the president, we are committed to utilizing traffic control measures that minimize the impact upon commuters while still maintaining the safety of the President as well as the communities involved.”