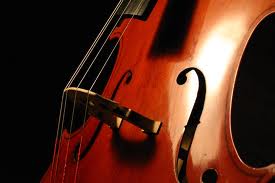 In a performance of live music, there are always uncertainties. Last Saturday night we presented the winners of our Parness Young Artists Competition: Junior Division-Leonard Chong, violin performed the Tchaikovsky Violin Concerto; and in the Intermediate Division Esther Kim performed Sarasate’s, Ziguenerweisen. Seth Biagini, Intermediate Division Winner, was to perform Shostakovich’s, Cello Concerto No. 1. Unfortunately, Seth was ill and could not perform-these things happen. We had three rehearsals with Seth, and I, the orchestra and Conductor Fetta were looking forward to the performance with Seth.

Leonard and Kim performed brilliantly and passionately. Both gave exciting performances which brought the audience to their feet in very well deserved ovations. We wish all the concerto competition winners all the best in the future.

However, there was a program gap with the missing Seth. I could not connect with Conductor Fetta until around 6:50 p.m. when he arrived at Vet’s Auditorium. Upon being informed of Seth’s unfortunate cancellation Fetta found a cell phone and began making some calls. The orchestra had rehearsed the Shostakovich, and Frank and I both agreed the work should be performed that night.

After a series of calls on a borrowed cell phone Fetta contacted cellist Ruslan Biryukov, a previous winner of our concerto competition in 2003 who later performed with us February 1, 2008, performing the Cello Concerto, a minor, by Saint-Saëns.
Ruslan knows the Shostakovich, and agreed to perform. This was at 7:20 p.m., and the concert was to start at 8:00P.M. He lives in Hollywood, and getting to Culver City within a reasonable time proved a problem.

The program order was switched for the Shostakovich to be performed last in the first half. Ruslan began his performance of the work at around 8:40P.M. While we had performed with Ruslan before, that was three years ago, and a different concerto. Without one rehearsal with Ruslan performing the Shostakovich, we began the concerto, a work which poses difficulties for the orchestra, and huge difficulties for the cellist.

In an amazing six minutes, the scheduled first movement was performed. It was one of those performances which you come across maybe a couple of times in your life. It was a by the seat of your pants performance which captured the angst and relentless drive of the work.

But that wasn’t enough, Ruslan returned for an encore, a Passacaglia by Handel originally for violin, cello and harpsichord, arranged by Ruslan for solo cello. Yes, three parts into one instrument. During the encore, while it was not heard, there was the collective dropping to the floor of the jaws of orchestra members. Thank you, Ruslan.

The Brahms Serenade came off splendidly.

Send a message to Ruslan on his Facebook page www.facebook.com/ruslanbiryukov