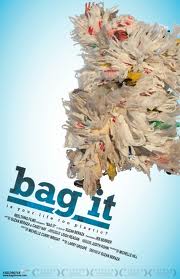 While local momentum has subsided on the issue of banning plastic bags, Transition Culver City has an evening planned to get you motivated again. The award winning film “Bag It” will screen on Thursday, Feb. 24  from 7 p.m. to  10 p.m. at the  Culver-Palms United Methodist Church, 4464 Sepulveda Bl.

Americans use 60,000 plastic bags every ﬁve minutes, disposable bags that they throw away without much thought. But where is “away?” Where do the bags and other plastics end up, and at what cost to the environment, marine life and human health?  The film “Bag It” follows Jeb Berrier as he navigates our plastic world. Jeb is not a radical environmentalist,  but an average American who decides to take a closer look at our cultural love affair with plastics. Jeb’s journey in this documentary ﬁlm starts with simple questions: Are plastic bags really necessary? What are plastic bags made from? What happens to plastic bags after they are discarded? What he learns quickly grows far beyond plastic bags.
What he discovers is shocking. Consider these facts;

•  The average American uses about 500 PLASTIC BAGS EACH YEAR, for an average of 12 MINUTES
before they are discarded.
•  TWO MILLION PLASTIC BOTTLES are consumed in the U.S. every FIVE MINUTES, less then 25% are recycled.
•  The average American contributes 800 pounds of packaging waste to landﬁlls per year.
•  14 MILLION POUNDS of trash end up in the OCEAN each year.
•  The ﬂoating “island” of PLASTIC AND OTHER DEBRIS swirling around in the North Paciﬁc Gyre is
MORE THAN TWICE THE SIZE OF TEXAS.
•  Plastic debris resembles plankton—ﬁsh food—and there is 40 TIMES MORE PLASTIC THAN PLANK-
TON in some parts of the ocean. In this way plastic enters our food chain.
•  It is estimated that 100,000 MARINE MAMMALS AND SEA BIRDS DIE EACH YEAR from becoming
entangled in or ingesting plastic debris.
•  Plastic bags are made of fossil fuels such as petroleum and natural gas, which are NON-RENEWABLE
resources.
•  The U.S. was once the largest EXPORTER OF OIL in the world. Now, it is the largest IMPORTER.
•  IRELAND reduced its plastic bag use by 90% after instituting a fee on single-use disposable plastic bags.
•  CHINA banned “ultra thin” plastic bags in 2008. They REDUCED their use by 40 BILLION bags in the
ﬁrst year.

Consider your own use of plastics, and then think about the bigger picture. Come and see this film, and a you can buy a reusable shopping bag as a bonus. There will be a discussion after the screening.