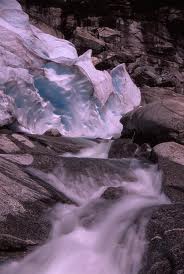 Looking for the Coolest Forms of Life on Earth –

Two UK scientists are traveling to one of the coldest places on Earth to help them understand how life could exist on other planets in our Solar System.

Professor Liane Benning (University of Leeds) and Dr. Dominique Tobler (University of Glasgow) are traveling to Ny-Alesund on the archipeligo of Svalbard, only 600 miles from the North Pole, to investigate how the snow and ice there was first colonized by extremophiles—organisms that thrive in harsh conditions.

The team will spend two weeks on Svalbard, from August 6–20, as part of the Europlanet Research Infrastructure’s Transnational Access Program. The expedition is part of the larger international AMASE (Arctic Mars Analog Svalbard Expedition) project, which uses extreme environments on Earth as a test-bed for technology that will be used on future NASA and European Space Agency (ESA) “Search for Life” missions to Mars.

In the ongoing AMASE project, a collaboration of nearly two dozen biologists, geologists, and engineers comes to Svalbard every August to practice and prepare for an expedition to Mars. Svalbard, meaning “cold coast,” is an archipelago composed of four main islands and about 150 smaller ones. It’s a Norwegian territory located about halfway between Tromso in Norway and the North Pole. Roughly 60 percent of Svalbard is glacierized.

“Glacial snow and ice is a good analog for ice and frost-covered ground at the Martian poles or other icy bodies in the Solar System, like Europa,” said Professor Benning.

“Organisms that live here have evolved to thrive with very little food, large temperature fluctuations, dehydration, and high levels of UV radiation. For example, snow algae make carotinoids pigments that protect them from UV radiation and cause the snow to turn bright red.

“If we can learn more about how life can form and thrive in these areas, and the survival strategies they adopt, it gives us a better chance of detecting life on other planets with similarly extreme conditions.”

To date, studies of microorganisms in the cryo-world have focused on life found in sediment-rich subglacial ice or in melt holes on the surface. Signs of life present in surface ice and snow have not been studied as extensively.

The team will collect samples from snow fields near the Ny-Alesund research station and from more remote glacial sites, which they will access by helicopter.

The samples will be filtered, preserved and shipped back to the UK for laboratory analysis. The team will also study microorganisms on site using life-detection techniques that will allow them to determine live/dead cell counts, catalog the biodiversity, investigate the geochemistry of inorganic samples, and analyze the DNA of microorganisms.

“It’s a little like CSI [Crime Scene Investigation] in the snow,” said Professor Benning. “Just like a forensics team investigating a crime scene, we have to make sure we are not detecting any contaminants we might have brought with us into the field.

“The sensitivity of our techniques is also key. If life does exist on other planets, it is likely to be present in very small amounts—just a few cells in a large area—so we need very sensitive equipment that can detect very small signals. If we don’t get our experiments right on the ground, they have little chance of working elsewhere in the solar system.”

Professor Benning will be blogging about her experiences on the Europlanet Outreach Website: http://www.europlanet-eu.org/outreach/index.php?option=com_content&task=view&id=259&Itemid=2

Arc to Arcturus OF THE 2,000 OR SO STARS that are visible to the unaided eye (or would be, in a dark sky far from city lights), only a relative few are known by name. …[READ MORE]

Spacecraft to Make Close Flyby of Comet Hartley 2 on Nov. 4th – NASA’s EPOXI mission continues to close in on its target, comet Hartley 2, at a rate of 12.5 kilometers (7.8 miles) per …[READ MORE]