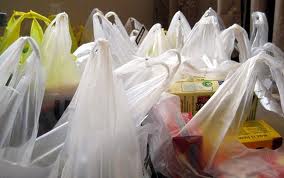 California lawmakers rejected a bill this week  seeking to ban plastic shopping bags after a lengthy debate, and heavy lobbying by oil industry. The Democratic bill, AB 1998, which failed late Tuesday, would have been the first statewide ban in the nation, although a few California cities already prohibit their use. Should Culver City consider banning plastic bags from our stores, or do we really need them?

The defeated measure would have been an opportunity for California to emerge at the forefront of a global trend, said Sen. Gil Cedillo, who carried the measure on the Senate floor.

“If we don’t solve this problem today, if we don’t create a statewide standard, if we don’t provide the leadership that is being called for, others will,” the Los Angeles Democratic Sen. Gil Cedillo said during Tuesday evening’s debate.

According to Yahoo.news, discouraging plastic bag use through fees or bans first gained traction outside of the U.S. in nations such as South Africa, Ireland, China and Bangladesh. In January, Washington, D.C., implemented a 5-cent surcharge on disposable paper and plastic bags.

A handful of California cities already ban single-use plastic bags, after San Francisco became the first to do so in 2007. A ban approved in Manhattan Beach is tied up in litigation, said Matthew King, a spokesman for Heal the Bay, the Santa Monica-based nonprofit that sponsored AB1998.

Supporters of AB1998 said the 19 billion plastic bags state residents use every year harm the environment and cost the state $25 million annually to collect and transport to landfills. Bags are also notorious for turning up in the ocean, and harming wildlife. The bill was the subject of a furious lobbying campaign by both the plastic bag manufacturing industry and the oil industry, which called it a “job killer.”

The bill’s author, Democratic Assemblywoman Julia Brownley of Santa Monica, said lawmakers had failed Californians by defeating the measure. But she said the movement to ban plastic bags would continue despite the setback.

“It’s not a matter of if, but a matter of when consumers bring their own bags and become good stewards of the environment,” Brownley said in a statement early Wednesday morning.

The bill, AB1998, called for the ban to take effect in supermarkets and large retail stores in 2012. It would have applied to smaller stores in 2013.

According to the Center for Investigative Reporting, much of the anti- bag ban lobbying was supported by Chevron and ExxonMobil.

Should Culver City ban plastic bags, or add a tax to discourage their use? Do you bring reusable bags when you shop? Send in your comments, and let Crossroads know where you stand. From Costco to Sprouts, we all do a lot of grocery shopping. Ban the bag, or bag the ban?