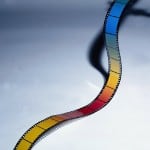 The New Media Film Festival (NMFF) spotlights stories worth telling. We are looking for films that exemplify the power of the cinematic arts to inspire and transform. The festival celebrates innovative and imaginative visual work that can make audiences laugh, cry, think, and go beyond the ordinary.

In its inaugural year, NMFF will exhibit a selection of both short and long-form works that exhibit a strong personal vision combined with the highest standards of creative excellence and technical achievement. The films will be judged by a jury of notable film executives who will award a $10,000 grand prize of goods and services from Big Vision Studios (http://www.bigvision.com). All finalists also will be viewed by distributors for possible online, theatrical, or broadcast distribution.

Last but not least, any filmmaker who submits their work to the NMFF will receive FREE producer software ($89 value) from Showbiz Software (http://www.showbizsoftware.com).
Go to this website to submit your films: https://www.newmediasubmissions.com/

We are very eclectic in our tastes. All ages, all cultures, all new media should apply.

The first annual New Media Film Festival celebrates the art of storytelling in the Digital Age. NMFF runs June 11-13 at the Downtown Independent Theater (http://www.downtownindependent.com/) in downtown Los Angeles. Filmmakers, artists, and anyone who enjoys watching movies are welcome and invited to attend.

Highlights of the festival include an opening night celebration with a celebrity Red Carpet, an opening night film shot on RED, a midnight 3D pajama party, and various unique panel discussions with top industry professionals including new media leaders Ted Schilowitz (RED Camera), 3D expert Per Peterson (Peter Jackson, Panasonic), Greg Reitman (Sundance winner) among others. Tickets for these special opportunities are available starting at $10.00 for general admission and can be purchased online at http://www.newmediafilmfestival.com.

Selected films will compete for a grand prize Big Vision Studio package worth over $10,000. The NMFF is searching for the best “stories worth telling, in all media that are innovative, imaginative, and inspirational,” according to founder Susan Johnston who is also an award winning independent filmmaker. Winners will be selected by an impressive group of expert celebrity judges including Erin Gray, Lisa Precious, Camille Solari, Shi Haifley, Kate Mucci, Prince Lorenzo de Medici, John Bovino, Dan Stoloff, Noel Lawrence, and Ed Lantz. Top Finalists in each category will be awarded a software package valued at $1,000 from Showbiz Software. In addition, entries also have an opportunity to be viewed by distributors and receive downloadable Producer software valued at $89.00.

The New Media Film Festival was created with an endorsement from C3 – The Center for Conscious Creativity (http://ringfestival.wordpress.com), and is an adjunct to The Ring Festival as announced at the November 16, 2009 meeting helmed by United Nations/ Millenium futurist Jerome Glenn.