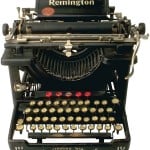 A resident of the West End Hotel at 3927 Van Buren Place in Culver City was found dead this morning. Robert Quinn, aged 43, had been living at the hotel since June 8, 2008, and was found dead in room 318. According to Sara Makwana of the hotel management alcohol poisoning was the suspected cause of death. “He had a lot to drink, there were a lot of empty bottles,” Makwana noted.

Police, forensics and the Los Angels County coroner all had vehicles outside the hotel this morning. Culver City Police could not be reached for comment.