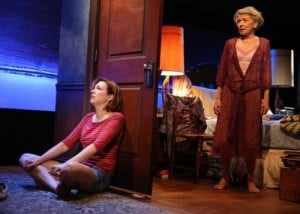 New plays by Jon Robin Baitz and “Beasts of the Southern Wild” screenwriter Lucy Alibar will be among the highlights of the 2016-17 season at the Kirk Douglas Theatre in Culver City.

The new season, which begins in September, also will feature a new “block party” series that will highlight three productions from the Los Angeles theater community.

Alibar’s “Throw Me on the Burnpile and Light Me Up” will open the season, running from Sept. 10 to Oct. 2. The solo show, which features Alibar recounting her idiosyncratic upbringing in the South, had been seen in a workshop production last year as part of Center Theatre Group’s DouglasPlus program. In 2013, Alibar received an Academy Award nomination for her adapted screenplay for “Beasts of the Southern Wild,” co-written by director Benh Zeitlin.

Baitz’s “Vicuña” will have its world premiere Oct. 23 to Nov. 20 at the Douglas. The drama focuses on the relationship between a rising political star and the tailor who might make his dreams come true. Robert Egan will direct the play.

“Vicuña” will mark the seventh play that Baitz has presented with CTG and the third to receive its world premiere with the company. His acclaimed drama “Other Desert Cities” opened at the Mark Taper Forum in 2012 following a Tony Award-nominated Broadway run by Lincoln Center Theater.

CTG said the new “block party” series will be presented over six weeks in April and May 2017. Theater companies from the greater L.A. area are invited to submit shows that have been produced in the last two years. Applications are being accepted through Aug. 12.