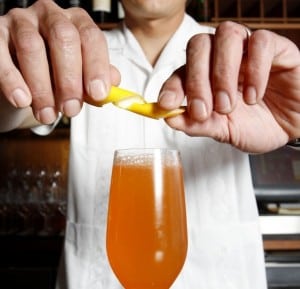 It will be a day of live music, stand-up comedy, celebrity bartenders and celebrity appearances, raffles, and silent and live auctions. Proceeds from which will directly benefit our Veterans suffering from Post-Traumatic Stress at the West Los Angeles Department of Veterans Affairs. This is the first time in almost eighteen years that the PTSD Outpatient Services will be receiving outside donations, so you can imagine their need!

The Festival will begin at 3:00 p.m on Saturday, August 15th. We will have two separate rooms at our venue, one for our musical acts and the second room for our stand-up comedy. Each room boasts a full bar in which our celebrities can help support the cause and volunteer to bartend for all or any portion of the Festival! The venue is all ages until 10:00 pm.

Interested in donating to the event or want more information? Email [email protected]. Want to donate but can’t attend? You’re in luck! If you would like to help us raise awareness and financially support our Veterans living with PTSD at the West Los Angeles VA, please consider donating to our CrowdRise site. www.crowdrise.com/LuispaloozaFestival/fundraiser/luispaloozainc

It is a suggested $10 donation at the door, and online pre-sale tickets are available for priority entrance to the Festival (www.luispalooza.org/events).

Come join us for a fun-filled day supporting our Veterans. Prizes range from round trip airfares, hotel stays in Las Vegas and locally, Men’s 7 speed bicycle from Westside Bicycles, Tickets to Knott’s Berry Farm, Magic Mountain and Universal Studios, gift certificates to local restaurants, and much more! Hope to see you there!