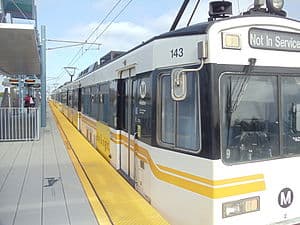 A new study suggests that residents in famously car-obsessed Los Angeles may be willing to rely more on subways and light rail.

According to the Sacramento Bee, university researchers monitored the travel patterns of 103 households within a half-mile of six new light rail stations that connect downtown with Culver City.

The researchers found that members of these households drove fewer miles per day on average, and were more physically active.

While study co-author and University of Southern California professor Marlon Boarnet acknowledges that the study looks at just one rail line, he says the results suggest the region’s ambitious investment in subways and light rail may sway residents to travel more by public transit.

The Expo Line which Boarnet and colleagues studied is scheduled to stretch to Santa Monica, near the beach, by 2015.