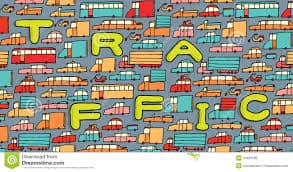 On Saturday, October 26, the city’s contractor will begin working at the intersection of Overland and Braddock Avenues as part of a city sewer project. During construction, Overland Avenue will be reduced to one lane at each direction at Braddock (southbound direction transition will begin at Palm Court; north bound direction transition will begin at Franklin Avenue). In addition, Braddock Drive westbound, west of Overland Avenue will be closed to traffic.

Working hours are scheduled from 8 a.m. to 6 p.m., and the estimated duration is 1~2 days, and limited lance closures may continue on October 28 and 29. CCUSD encourages all parents to budget a little extra time getting to and from school on these days as traffic could be heavy, particularly during the morning drop-off time.

The police department plans to use changeable message signs to warn public about the upcoming traffic delays before and during the construction.