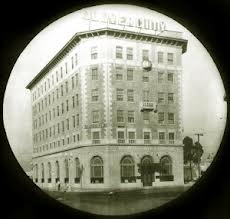 The CityRace Urban Adventure Hunt, “In the Shadows of the Stars” will return to downtown Culver City on Saturday, August 10, 2013. This popular CityRace hunt has been held annually since 2011.

CityRace Urban Adventure Hunts send teams of 2 to 4 players on a 3-hour clue-solving adventure through one of southern California’s many diverse neighborhoods. Along the way, players will use brainpower, strategy and teamwork to crack codes, solve tricky puzzles, uncover little-known facts and more… all while racing against other teams to be first to the finish with the most correct answers.

In “In the Shadows of the Stars” players will set out on a clue-solving adventure through downtown Culver City, birthplace of some of the greatest films in history. Participants will explore the rich movie history of the “Heart of Screenland” while also discovering the hidden secrets, striking landmarks and public art and architecture of the city’s vibrant downtown district. Along the way there will be plenty of tricky clues and puzzles to solve and fun facts to unearth as teams discover the “shadows of the stars” in Culver City.

CityRace Urban Adventure Hunts are presented by Los Angeles’s Race/LA and, since 2007, have been held in locations throughout southern California.

“Culver City: In the Shadows of the Stars”
Saturday, August 10 at 10:00 am
Admission is $40 per person.
Register online at www.racela.com