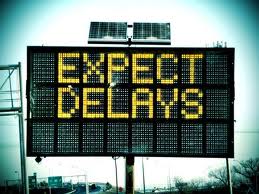 Is your commute going to take you past the  utility work on National, Palms and Exposition Boulevards ? According to the city of Los Angeles, the relocation of existing on-street and underground utilities is necessary for construction of the National/Palms bridge structure and station. From Jan. 26 to March 10, an alternate route may be advisable. The work is being conducted by the Expo Line’s contractor on behalf of the Los Angeles Department of Water and Power. While closures and detours are necessary to conduct the work, the project has implemented a work plan to minimize the duration and impact to residents, businesses and commuters. It’s all for a good reason; building Phase 2 of the Expo Line project.

What: Relocation of On-Street and Underground Utilities

Where: Construction activities will take place at various points along National Boulevard, Palms Boulevard and Exposition Boulevard between Clarington Avenue and Tabor Street

Work will continue through week of
February 11, 2013

Work will continue through March 8, 2013