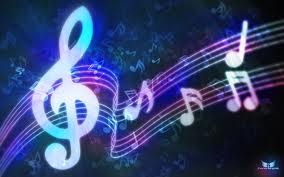 “We’ll get some good shows up, and we can make that happen.” Gary Mandell spoke after the City Council meeting on Monday, Feb. 27, where the council gave approval to “Culver City’s Boulevard Music Concerts, “ a series of four shows to be produced by Mandell this coming summer. Mandell stepped forward before the council to answer questions in regard to sponsors, production and how to make the shows happen.

The 18 year run of the Summer Concert Series, a very popular event for the community, was the victim of the end of redevelopment. With the traditional source of revenue gone, getting creative is the only way to keep the music playing. Mandell, who has had a long run of producing the summer shows for the city, has now been given the nod to make Boulevard Music the producer.

The staff reported that there was $5500 in funds still held from the previous year, as well as a sponsorship of $2000 from Sony.

Council candidate Meghan Sahli-Wells spoke at the podium to offer that she had $1000 in community support pledged already, and felt sure that more could be raised. She also noted that she was “looking forward to discussing funding for all of our arts programs holistically rather than on a case by case basis.”

Mandell noted that he would be budgeting $1250 per show for sound production.

Council member Jeff Cooper asked if it wouldn’t be wiser to save out the $2000 from Sony for all events, rather than dedicate it to the concerts alone. Andy Weissman offered that he had spoken with Janice Pober of Sony and quoted her as saying that that she understands “the money is for the city to spend as they decide.”