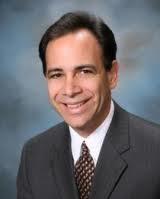 On Saturday, July 23, Mike “Mr. Culver City” Cohen, will be hosting the Campaign Kick Off Party for the Re-Elect Scott Zeidman to the Culver City Board of Education campaign The two-hour party will start at 11 am at Mike’s home located at 4378 Jasmine Avenue in the Carlson Park area.

Despite significant budget cuts over the past few years, Culver City Schools are thriving. While Scott has been on the Board of Education the past three plus years, Scott has been instrumental in passing Measure EE (raising $6,000,000 for our schools), implementing one of California’s first Anti-Bullying Task Forces, implementing a cap on the size of our middle and high schools, (thereby limiting the number of out of district permits and keeping a better control of enrollment and finances), implementing higher academic requirements for inter-district permit students, saving counselors and classroom aides, successfully forming the Environmental Sustainability Committee and Citizens’ Oversight Committee and the successful reformation of a functional Community Budget Advisory Committee, all the while maintaining an open and transparent budget process with increased community involvement.

Scott and wife Aileen have two boys in the Culver City Unified School District. Scott is endorsed by all five members of the City Council, as well as six former Mayors, current Board of Education members Steven Gourley, Kathy Paspalis and Patricia Siever, as well as five former Board of Education Presidents, over 30 current and former appointed officials, and more than 400 others.